As a political scientist, I observed this summer a number of unique political and governance events.  For example, the fearmongering and authoritarian rhetoric displayed by Donald Trump during and after the Republican Party’s convention to nominate him as candidate for president of the  United States; the failed coup attempt in Turkey against President Recep Tayyip Erdogan and his pre and post-coup actions aim at overturning Turkey’s longstanding secularism; and the unilateral removal of opposition parliamentarians in Nicaragua by the Supreme Electoral Council with the due blessing of President Daniel Ortega to ensure he is re-elected for the third time, this time totally unopposed, in the upcoming November elections. These three events have something in common beyond the fact that all of them capture elements of authoritarianism and have “macho” figures as main protagonists.  All three events mixed democratic governance and authoritarian actions, appealed to fear, and used demagoguery and nationalist rhetoric to justify undemocratic behavior.   How these paradoxical phenomena can be explained?  Are we witnessing the end of one governance cycle and the beginning of another one?  Which cycle is ending and which is beginning?  The democratic governance and/or the authoritarian?

END_OF_DOCUMENT_TOKEN_TO_BE_REPLACED 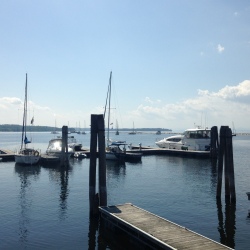